English Lessons Talks Music Learning Other Videos Speaking Practice
Do you want to improve your English pronunciation? Try our read and record tool for free.

During this lesson we're going to learn how to talk about using the toilet.

In British English there are different words you can use which all have similar meanings.

Bathroom is actually the room in which there is a bath, but it can also be used for the toilet.

Other words include: lavatory which is old and formal, loo, which is quite posh, or bog, which is vulgar slang.

The word: gent is short for: gentleman, and: lady, is another way of saying: woman.

In American English you can say: Rest room, or: Wash room, when referring to a public toilet in a bar or restaurant.

If you need to go to the toilet when you're at someone's house you could say: Sorry, is it ok if I use your toilet? or:Scuse me, do you mind if I use your bathroom?

Now let's take a look at some vocabulary related to toilets or bathrooms in people's houses.

First of all there's the W.C. or water closet, and this is not the actual toilet, but it's the tank which contains the water used to flush the toilet.

Then there's the flusher which can be a handle, a chain, or a button on the W.C. and you either push it or pull it to flush the toilet.

Then there's toilet paper which you buy in rolls, and that's the stuff you wipe you bum with!

Then in some places, especially hot countries, people have a bidet in their bathroom which is used to clean the private parts of your body.

Next there's a shower or a bath. It's quicker and cheaper to have a shower, but it's more relaxing to have a bath.

Then there's the sink and taps. For some strange reason, many hot and cold taps are separate in the UK, but nowadays most taps are single mixer taps so you can choose the ideal temperature of the water.
Then you can either use soap or liquid soap to wash your hands, and finally you can dry your hands with a towel.

If you're in a public toilet you normally dry your hands using paper towels or a hand drier which blows hot air onto your hands.

So, now that you know what to say...if you chat with some new friends on GoSpeakEnglish try not to get too excited, otherwise you might pee your pants!

And that's the end of this lesson!

Thanks, and I hope to see you again soon!

Prepositions of place and movement 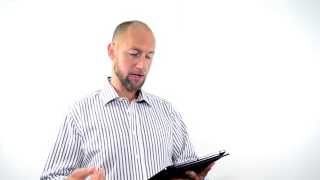