English Lessons Talks Music Learning Other Videos
Do you want to improve your English pronunciation? Try our read and record tool for free.

How to light a fire

Hi there!
Today, I'm up in the mountains above Biella in Italy,
and just behind me, there's a lake called...
in Italian, it's called "il Lago della Vecchia".

It's quite impressive; I saw a frog just over there by that rock; which has already come out of hibernation (the frog - not the rock!).

Anyway! Let's begin to make the fire; I've collected some (they're actually "rocks") to make my fireplace;
and I've collected...I've put some grass...some very dry grass which helps to start the fire.

Then I've created a criss-cross...criss-cross construction of small, very dry sticks, and I normally light the fire with a...something like this, this is a fantastic Swedish knife of mine.
Emm...you take it out, bear with me...it's very sharp.
Take it out, and here it has a fire starter in its hilt; in the hilt of the knife. Here, that's a fire starter; I'm going to show you how it works. If I'm able to, let's have a look...
Ok, you pull this out, and then, with the back of the knife, you just scrape the magnesium like that...like so, but...as it's really difficult to do...
I've got an emergency lighter here, which is a bit easier!

So here we go...let's light the grass all around, see...it should burn immediately.
It's a great fire starter, dry grass.
There we go! Ok. Looking good!

The grass burns very quickly, so you have to make sure to construct the small sticks, very small fine sticks, on top so that they...they begin to burn before the grass burns out, which it may have done already!
Just going to have another go, here. Ok.
We might be in luck.

Begin to put some smaller, finer pieces of wood on there; very small stuff which burns quickly.
When you hear the sticks; the fire beginning to make a crackling sound; when it begins to crackle, then that means that the wood has set alight...and then you know you've got the beginning of a good fire going.
As I mentioned before, you need to construct the fire in a criss-cross manner, or you can make a wigwam, a kind of wigwam, or a teepee shape, so that the fire is well aerated, before...
before emm...it begins to take; before it begins to burn very well. Ok.

So I'm just going to add on some smaller pieces, gradually constructing the fire, without smothering the oxygen from it; you don't want to smother the fire.
There we go.
Just let it burn a bit more. Looking very good.

It doesn't really matter how you construct a fire, it depends what you want to do.
Do you want to build it in a wigwam kind of shape?
If you want a bigger fire for heat, maybe you're better to build in a wigwam shape. If you want to cook, then your better to flatten the fire down; to flatten the fire down gradually, so that you can put a pan on top of it, or just cook directly on top of the fire.
You don't want to put too much wood on, all at the same time...as I mentioned before, otherwise you risk killing the fire.
It's going very well though.

If...you need to give the fire a hand to burn better, you can start blowing on it. Even though, if you blow onto a fire, it does aerate the fire, but you're actually blowing CO2, carbon dioxide, onto the fire which actually...it doesn't help, because oxygen or air helps, so you're actually better to waft a flat object like a newspaper or something, or a cap, if you're wearing a hat, or a t-shirt...you can waft the fire to aerate it and oxygenate it, but I'm going to blow on it and see if it works anyway; it normally works quite well...watch this...
As you can see...blowing into the fire gives it more power, and the flames begin to roar up.

No Comments. Be the first to comment, Login or Register on Go Speak English. 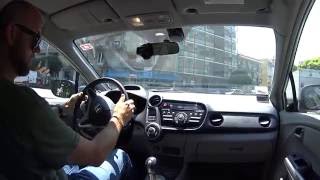 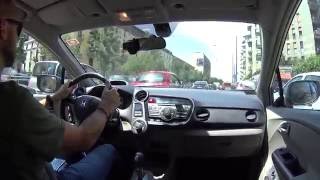 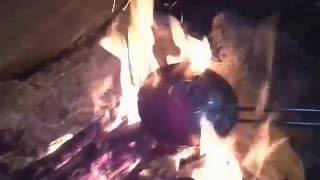 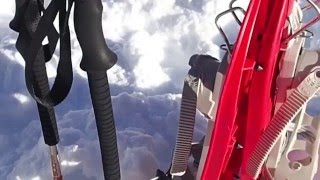 How to build a Truna 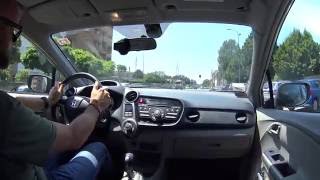 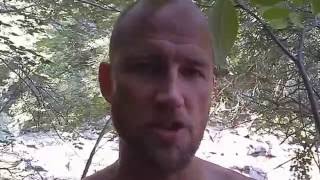